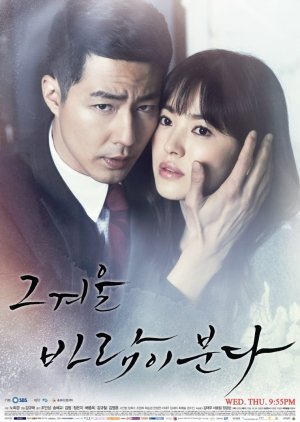 Kdrama: The Winter, The Wind Blows
Episodes: 16
Aired: February – April 2013
Rating: ★★
Oh Seo, who was abandoned by his mother as a child and was raised by Park Jin Sung’s family, is a notorious gambler in Cheongdam neighborhood. He is heartbroken and doesn’t care about anybody following the death of his first love.
One day, his friend, who has the same name, dies unexpectedly and Seo is thrown in prison. A year later, Seo meets lawyer Jang Sung, who came looking for the deceased Oh Seo, the heir of PL Group. Seo uses this opportunity to con the last remaining heir of the PL Group, Oh Young, to pay his debt when gangster Jo Moo Cheol gives him 3 months to pay or he dies. However, Seo starts falling in love with the blind Oh Young, while pretending to be her deceased brother who was separated from her after their parent’s divorce.

This drama popped up on Netflix one day, and while I found the synopsis to be potentially problematic, I still wanted to try it because the leads were Jo In Sung and Song Hye Ko, whom I both love. TWTWB ended up being an all around mess and not something I would watch again or recommend to others.