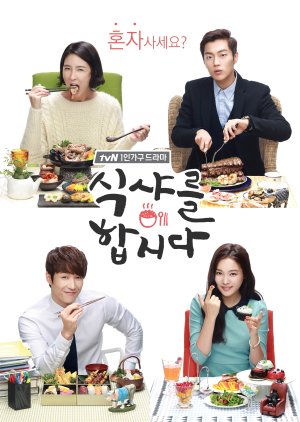 Drama: Let’s Eat
Episodes: 16
Aired: November 2013 – March 2014
Rating: ★★★
Let’s Eat depicts the daily life and romance of a single woman when a murder case occurs in her neighborhood. Lee Soo-Kyung is a 33-year-old single woman. She divorced when she was in her 20’s and now lives alone. She always wants to carry herself with dignity, but she loses self-control when she is near gourmet foods. Koo Dae-Young is a gourmet, especially talented with describing the taste of foods. He often lies when he opens his mouth, but he is usually considerate of others.