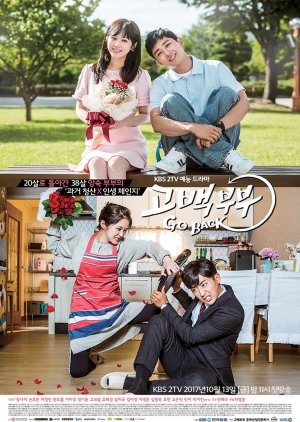 Kdrama: Go Back Couple
Episodes: 12
Aired: October 2017 – November 2017
Rating: ★★★★
Choi Ban Do and Ma Jin Joo are both 38-years-old and a married couple. Choi Ban Do has been burdened with being the breadwinner and Ma Jin Joo is a housewife with low self-esteem. Even though they loved each other when they married, they now hate each other. They both regret marrying at such a young age. The couple travels through time and finds themselves as 20-year-old university students when they met for the first time.

This is a drama about second chances. When Choi Ban Do and Ma Jin Joo travel back to when they were twenty, they are both excited to become people who never get married to each other. All the opportunities they missed out on the first time, they are determined to take this time. But the drama also shows that sometimes the choices you made the first time around actually were the right ones. This concept has been done before in multiple different types of media, so I wasn’t going into this expecting anything truly mind blowing, but to my surprise the drama was able to put it’s own spin on this trope. While I don’t think this drama was particularly mind blowing, I still enjoyed it a lot.